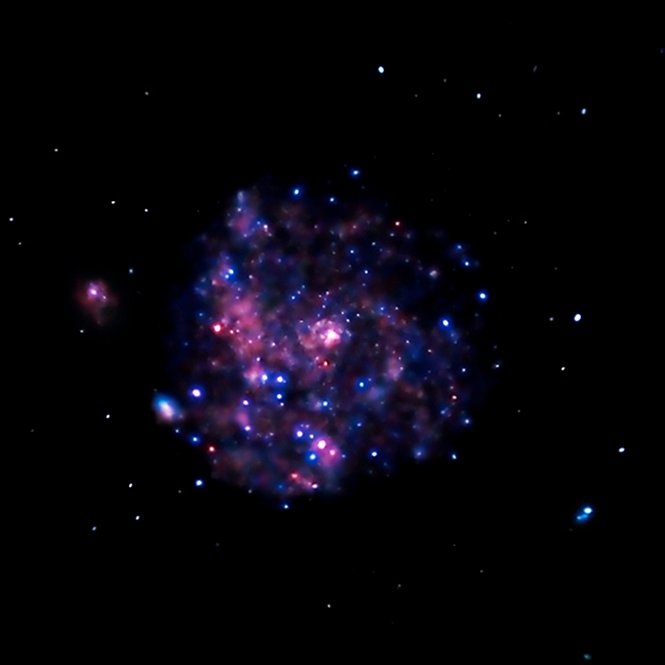 With a diameter of about 170,000 light years, the galaxy Messier 101 (M101) is a swirling spiral of stars, gas, and dust whose diameter is nearly twice that of our Milky Way Galaxy. Its orientation allows telescopes to see the spiral structure of the galaxy face-on, giving inspiration for its nickname of the Pinwheel Galaxy. M101 is found in the Ursa Major constellation and is at a distance of about 25 million light years from Earth.

This Chandra image of M101 is one of the longest exposures ever obtained of a spiral galaxy in X-rays. The point-like sources include binary star systems containing black holes and neutron stars, and the remains of supernova explosions. Other sources of X-rays include hot gas in the arms of the galaxy and clusters of massive stars. These X-ray observations of M101 will be used to establish a valuable X-ray profile of a galaxy similar to the Milky Way. This will help astronomers better understand the evolutionary paths that produce black holes, and provide a baseline for interpreting the observations of distant galaxies.