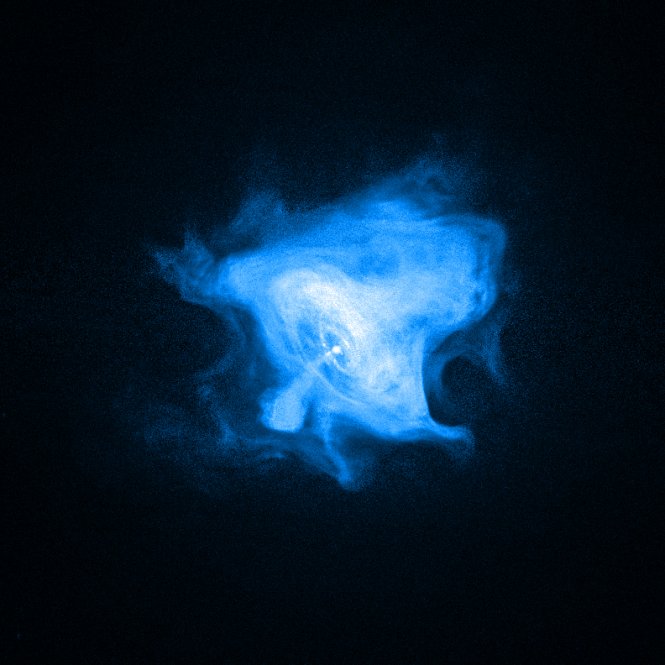 This image gives the first clear view of the faint boundary of the Crab Nebula's X-ray-emitting pulsar wind nebula. The nebula is powered by a rapidly-rotating, highly-magnetized neutron star, or "pulsar" (white dot near the center). The combination of rapid rotating and strong magnetic field generates an intense electromagnetic field that creates jets of matter and anti-matter moving away from the north and south poles of the pulsar, and an intense wind flowing out in the equatorial direction.

The inner X-ray ring is thought to be a shock wave that marks the boundary between the surrounding nebula and the flow of matter and antimatter particles from the pulsar. Energetic electrons and positrons (antielectrons) move outward from this ring to brighten the outer ring and produce an extended X-ray glow.

This effect can explain the long, thin, fingers and loops, as well as the sharp boundaries of the bays. The conspicuous dark bays on the lower right and left are likely due to the effects of a toroidal magnetic field that is a relic of the progenitor star.