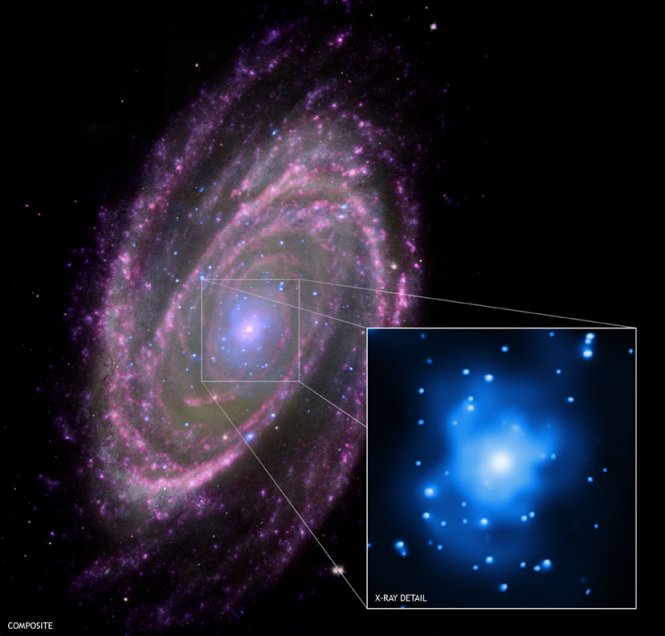 A new study using data from Chandra and ground-based telescopes, combined with detailed theoretical models, shows that the supermassive black hole in M81 feeds just like stellar mass black holes, with masses of only about ten times that of the Sun. This discovery supports the implication of Einstein's relativity theory that black holes of all sizes have similar properties, and will be useful for predicting the properties of a conjectured new class of black holes.

In addition to Chandra, three radio arrays (the Giant Meterwave Radio Telescope, the Very Large Array and the Very Long Baseline Array), two millimeter telescopes (the Plateau de Bure Interferometer and the Submillimeter Array), and Lick Observatory in the optical were used to monitor M81. These observations were made simultaneously to ensure that brightness variations because of changes in feeding rates did not confuse the results. Chandra is the only X-ray satellite able to isolate the faint X-rays of the black hole from the emission of the rest of the galaxy.