A Star's Death Comes to Light 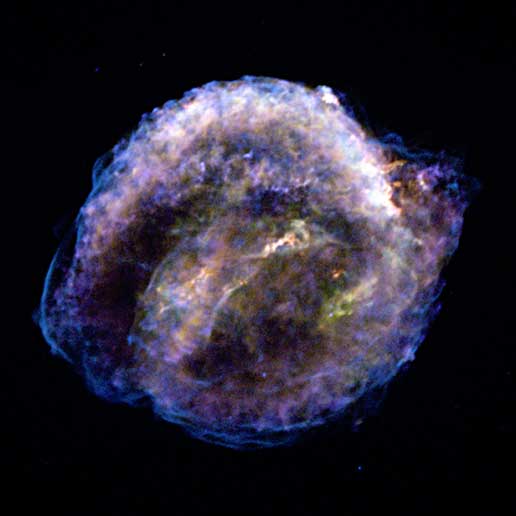 Using NASA's Chandra X-ray Observatory, scientists have created a stunning new image of one of the youngest supernova remnants in the galaxy. This new view of the debris of an exploded star helps astronomers solve a long-standing mystery, with implications for understanding how a star's life can end catastrophically and for gauging the expansion of the universe.

Over 400 years ago, sky watchers -- including the famous astronomer Johannes Kepler -- noticed a bright new object in the night sky. Since the telescope had not yet been invented, only the unaided eye could be used to watch as a new star that was initially brighter than Jupiter dimmed over the following weeks. Chandra's latest image marks a new phase in understanding the object now known as Kepler's supernova remnant.