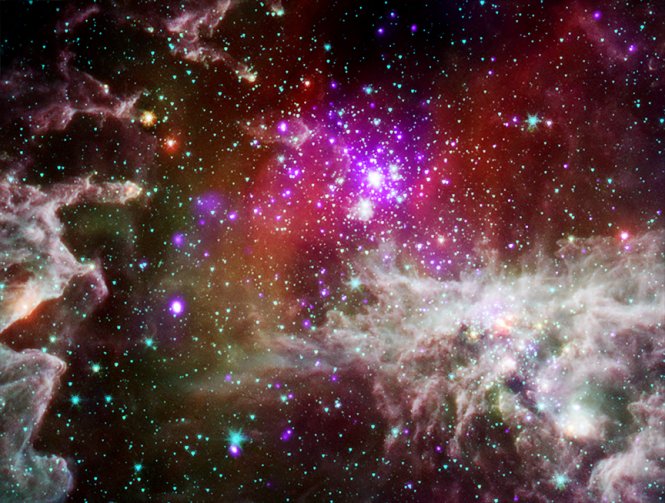 High-mass stars are important because they are responsible for much of the energy pumped into our galaxy over its lifetime. Unfortunately, these stars are poorly understood because they are often found relatively far away and can be obscured by gas and dust. The star cluster NGC 281 is an exception to this rule. It is located about 9,200 light years from Earth and, remarkably, almost 1,000 light years above the plane of the Galaxy, giving astronomers a nearly unfettered view of the star formation within it.

NGC 281 is known informally as the "Pacman Nebula" because of its appearance in optical images. In optical images the "mouth" of the Pacman character appears dark because of obscuration by dust and gas, but in the infrared Spitzer image the dust in this region glows brightly.