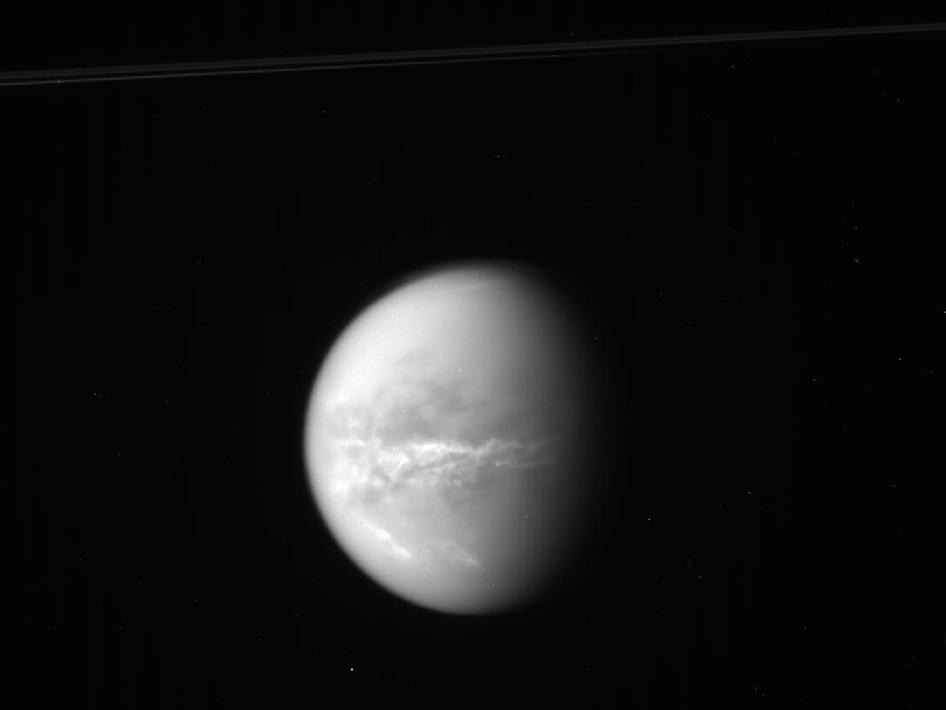 Bright streaks of clouds on Titan

NASA's Cassini spacecraft obtained this raw image of Saturn's moon Titan on Oct. 18, 2010. Bright clouds streak the moon's midsection, likely an indication of changing seasons and the arrival of spring in the northern hemisphere. Cassini's imaging camera was about 2.5 million kilometers (1.5 million miles) away from Titan. The rings of Saturn faintly etch the top of this image. The image has not been validated or calibrated.