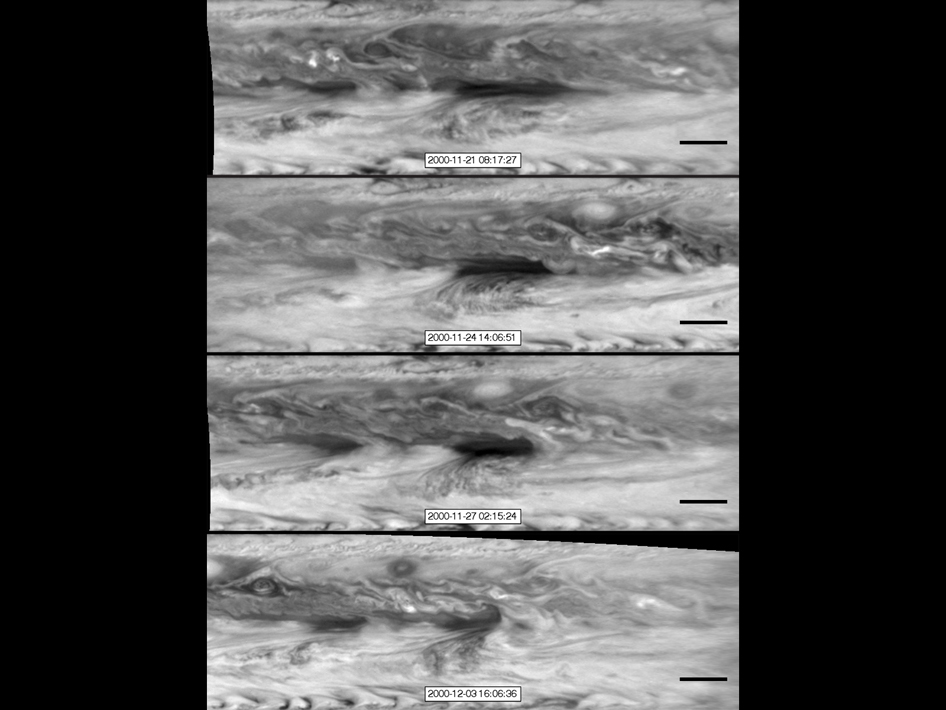 Vortices Bump into a Hot Spot in Jupiter's Atmosphere.

In this series of images from NASA's Cassini spacecraft, a dark, rectangular hot spot (top) interacts with a line of vortices that approaches from on the upper-right side (second panel). The interaction distorts the shape of the hot spot (third panel), leaving it diminished (bottom). The black scale bar is about 6,200 miles (10,000 kilometers) wide, or about twice as wide as the United States.