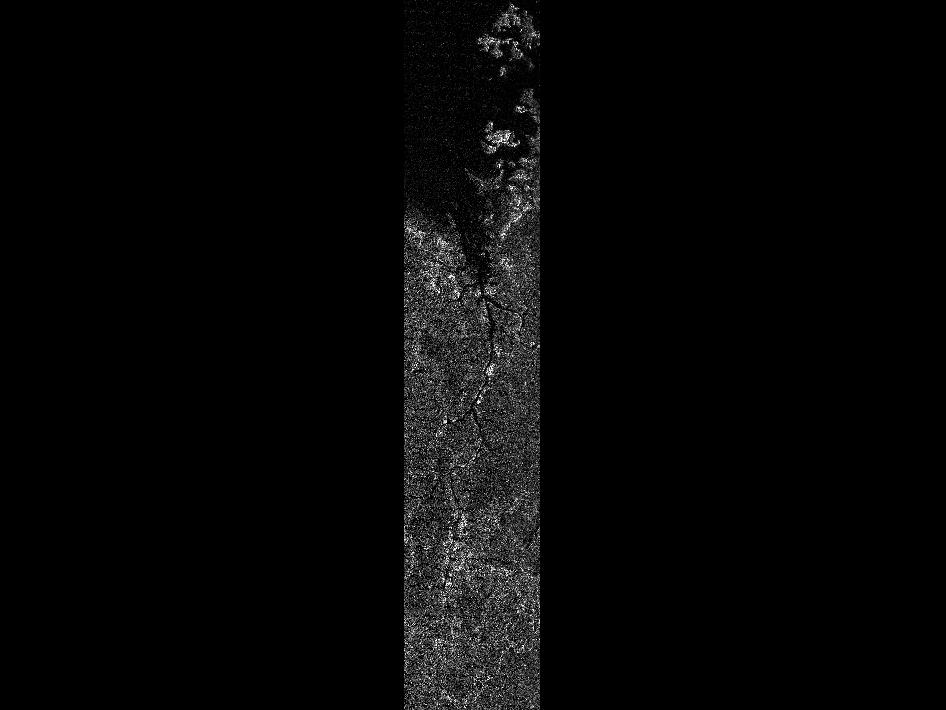 This image from NASA's Cassini spacecraft shows a vast river system on Saturn's moon Titan. It is the first time images from space have revealed a river system so vast and in such high resolution anywhere other than Earth. The image was acquired on Sept. 26, 2012, on Cassini's 87th close flyby of Titan. The river valley crosses Titan's north polar region and runs into Ligeia Mare, one of the three great seas in the high northern latitudes of Saturn's moon Titan. It stretches more than 200 miles (400 kilometers).

Scientists deduce that the river is filled with liquid because it appears dark along its entire extent in the high-resolution radar image, indicating a smooth surface. That liquid is presumably ethane mixed with methane, the former having been positively identified in 2008 by Cassini's visual and infrared mapping spectrometer at the lake known as Ontario Lacus in Titan's southern hemisphere. Though there are some short, local meanders, the relative straightness of the river valley suggests it follows the trace of at least one fault, similar to other large rivers running into the southern margin of Ligeia Mare (see PIA10008). Such faults may lead to the opening of basins and perhaps to the formation of the giant seas themselves.

North is toward the top of this image.