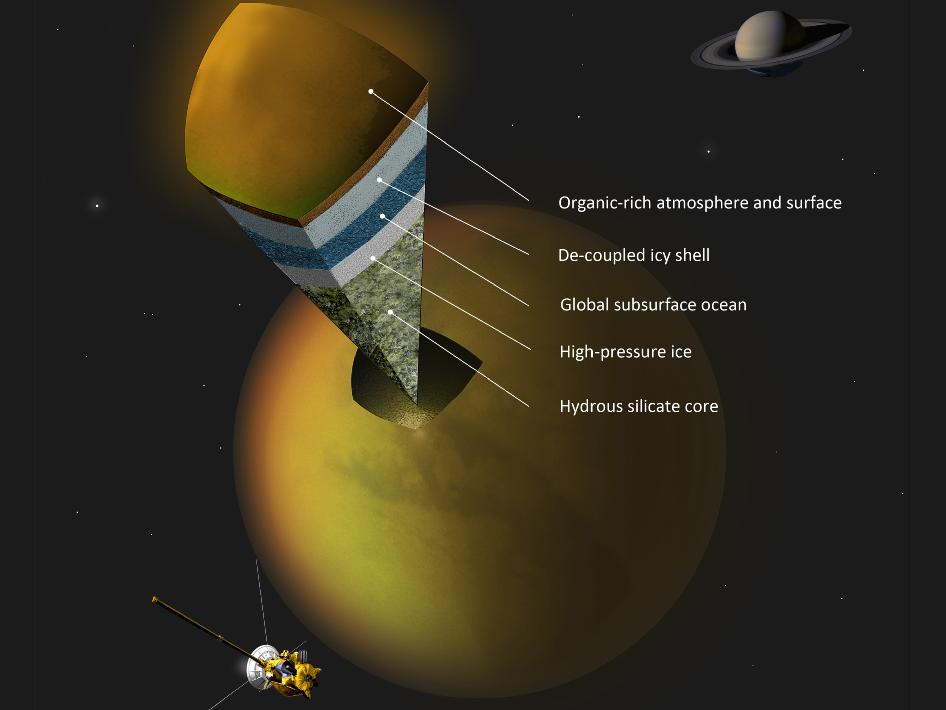 This artist's concept shows a possible scenario for the internal structure of Titan, as suggested by data from NASA's Cassini spacecraft. Scientists have been trying to determine what is under Titan's organic-rich atmosphere and icy crust. Data from the radio science experiment make the strongest case yet for a global subsurface ocean, sitting above a subsurface layer of high-pressure ice and a water-infused silicate core.