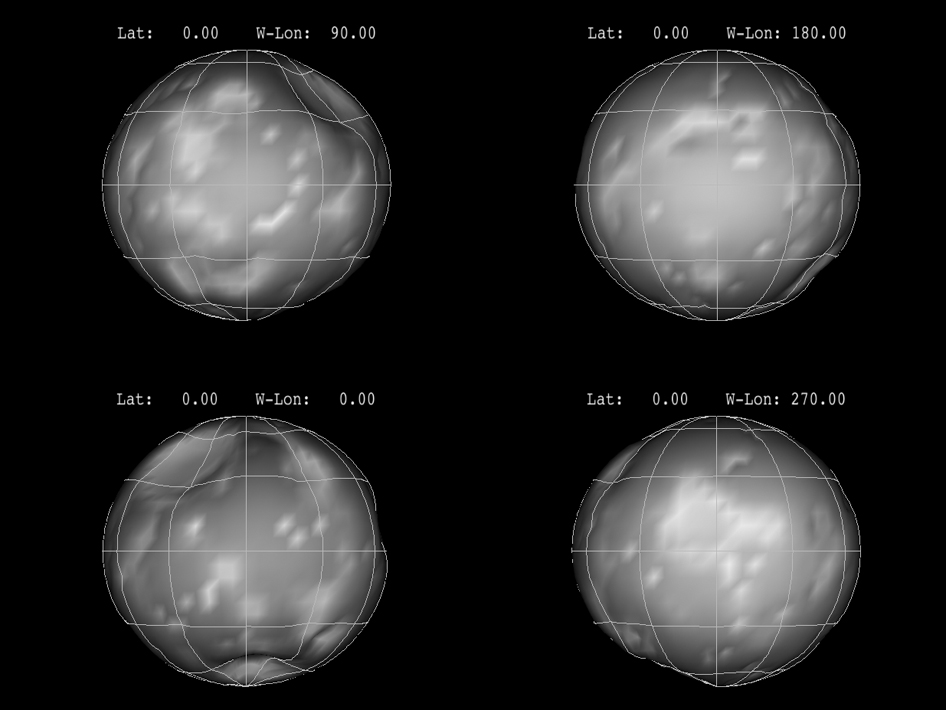 Phoebe in the Round

This panel of images shows the nearly spherical shape of Saturn's moon Phoebe, as derived from imaging obtained from NASA's Cassini spacecraft. Each image represents a 90-degree turn.

The Cassini-Huygens mission is a cooperative project of NASA, the European Space Agency and the Italian Space Agency. NASA's Jet Propulsion Laboratory, a division of the California Institute of Technology in Pasadena, manages the mission for NASA's Science Mission Directorate, Washington, D.C. The Cassini orbiter was designed, developed and assembled at JPL. The imaging operations center is based at the Space Science Institute in Boulder, Colo.