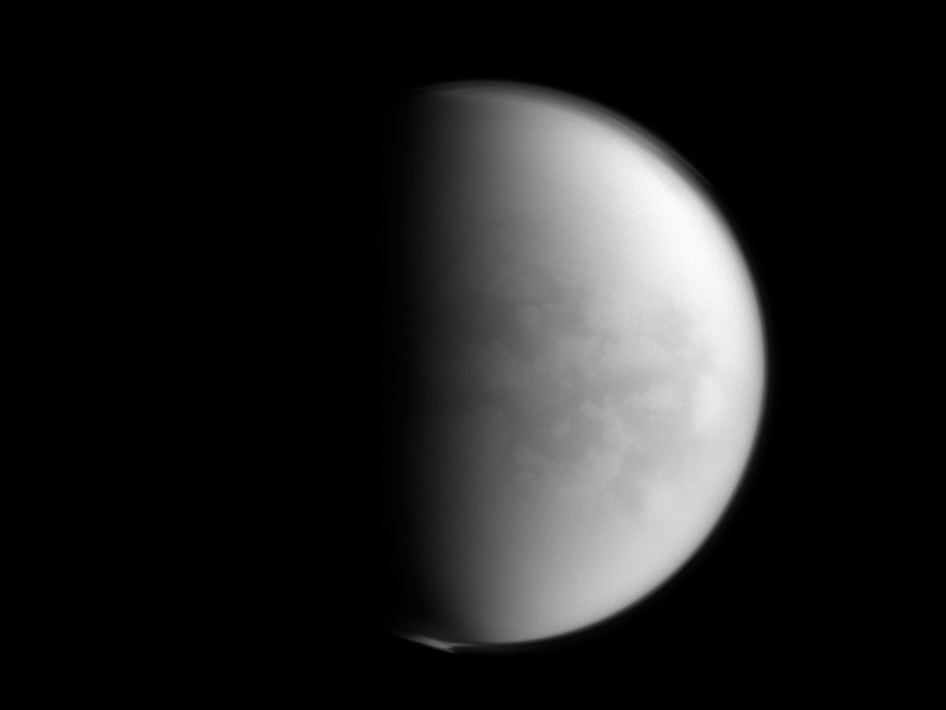 The Cassini spacecraft peers through Titan's thick clouds to spy on the region dubbed "Senkyo" by scientists. The dark features include vast fields of dunes, composed of solid hydrocarbon particles precipitated out of Titan's atmosphere. And Titan's southern pole is shrouded in the recently formed polar vortex.

Lit terrain seen here is on the Saturn-facing hemisphere of Titan. North on Titan is up and rotated 18 degrees to the right. The image was taken with the Cassini spacecraft narrow-angle camera on Jan. 5, 2013 using a spectral filter sensitive to wavelengths of near-infrared light centered at 938 nanometers.

The view was obtained at a distance of approximately 750,000 miles (1.2 million kilometers) from Titan and at a Sun-Titan-spacecraft, or phase, angle of 79 degrees. Image scale is 4 miles (7 kilometers) per pixel.