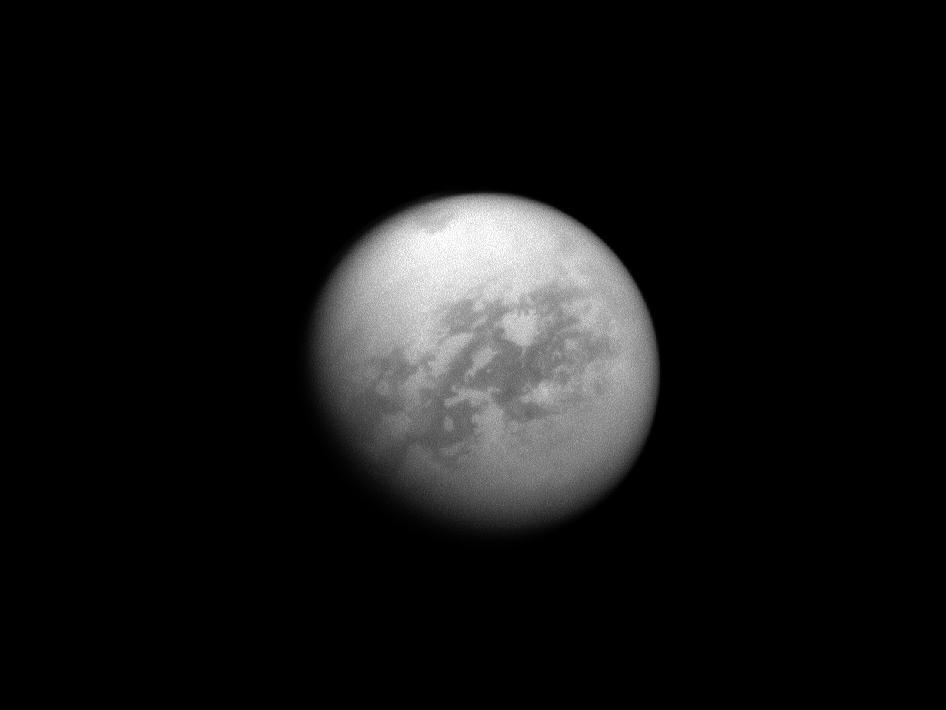 The Cassini spacecraft looks toward Saturn's largest moon, Titan, and spies the huge Kraken Mare in the moon's north.

Kraken Mare, a large sea of liquid hydrocarbons, is visible as a dark area near the top of the image. See PIA12811 and PIA11626 to learn more.

This view looks toward the Saturn-facing side of Titan (3,200 miles across, or 5,150 kilometers,). North on Titan is up and rotated 29 degrees to the left.

The image was taken with the Cassini spacecraft narrow-angle camera on Sept. 14, 2011 using a spectral filter sensitive to wavelengths of near-infrared light centered at 938 nanometers. The view was acquired at a distance of approximately 1.2 million miles (1.9 million kilometers) from Titan and at a Sun-Titan-spacecraft, or phase, angle of 26 degrees. Image scale is 7 miles (12 kilometers) per pixel.

For more information about the Cassini-Huygens mission visit http://www.nasa.gov/cassini and http://saturn.jpl.nasa.gov . The Cassini imaging team homepage is at http://ciclops.org.