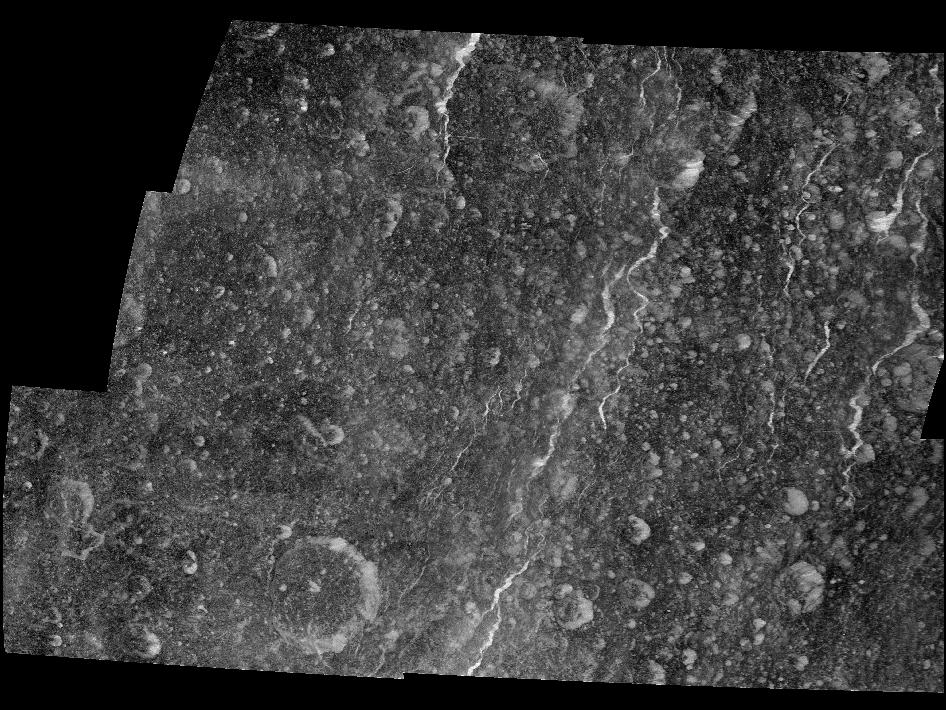 Icy fractures on Saturn's moon Rhea reflect sunlight brightly in this high-resolution mosaic created from images captured by NASA's Cassini spacecraft during its March 2, 2010, flyby. This flyby was the closest flyby of Rhea up to then.

This mosaic of six images shows the westernmost portion of the moon's "wispy" terrain. (See PIA06578 and PIA08120 to learn more.) Among the interesting features depicted here is a very straight east-west fracture near the top center of the mosaic that intersects two north-south fractures. The large crater at the bottom left of the mosaic is Inmar (55 kilometers, 34 miles across).

The closest approach of the spacecraft to Rhea during this encounter was 100 kilometers (62 miles). These images were obtained approximately half an hour later at an altitude of about 16,000 kilometers (10,000 miles).

The images were taken with the Cassini spacecraft narrow-angle camera. The view was obtained at a sun-Rhea-spacecraft, or phase, angle of 2 degrees. So, Cassini was almost directly between Rhea and the sun as it acquired these images. Image scale is 85 meters (280 feet) per pixel.