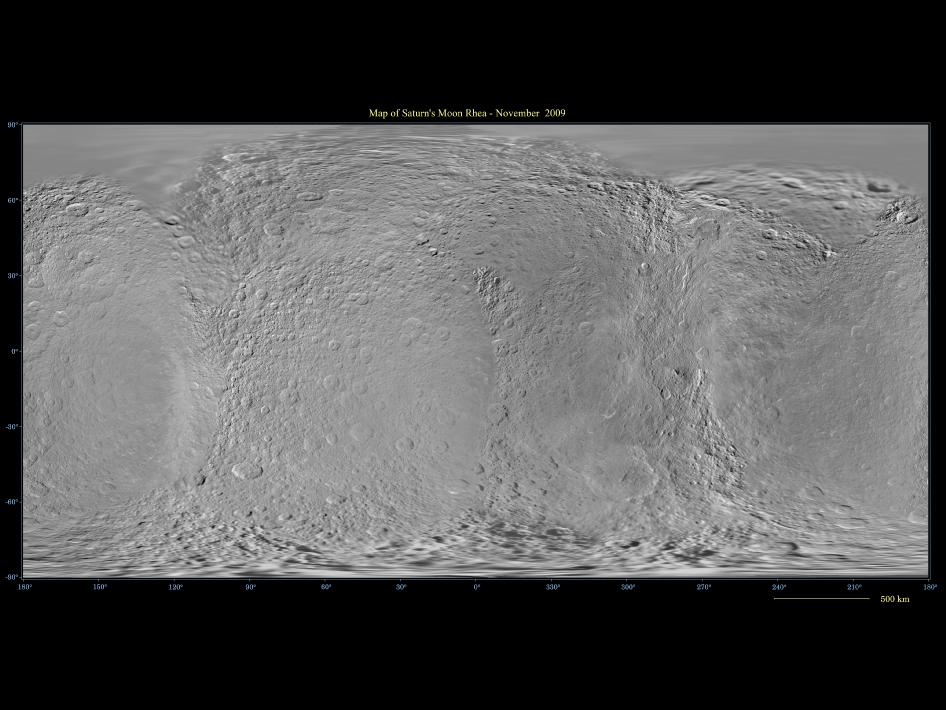 The map is an equidistant projection and has a scale of 417 meters (1,400 feet) per pixel in the full size version. The mean radius of Rhea used for projection of this map is 764.1 kilometers (474.8 miles).

This map is an update to the version released in February 2010 (see PIA12561). The title of that older version ("Map of Rhea - February 2010") denotes the month the map was released, not when the data in the map were collected. The title of this new version reflects when the most recent data used in the map were captured. The newest data were used to improve coverage north of the equator between about 250 degrees west longitude and 300 degrees west longitude.