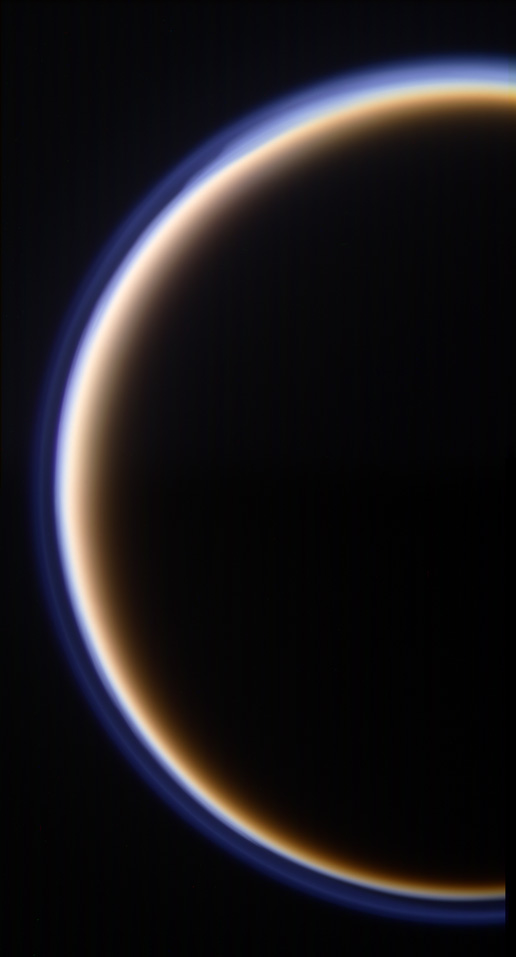 Titan’s golden, smog-like atmosphere and complex layered hazes appear to Cassini as a luminous ring around the planet-sized moon. The world beneath that haze has become slightly less mysterious under the gaze of Cassini and its Huygens probe, but many new discoveries await.

This mosaic view of Titan represents "Target 3" in the fall 2009 edition of the Cassini Scientist for a Day contest. (See http://saturn.jpl.nasa.gov/education/scientistforaday8thedition/.) The contest is designed to give students a taste of life as a scientist by challenging them to write an essay describing the value of one target choice among three for Cassini to image.