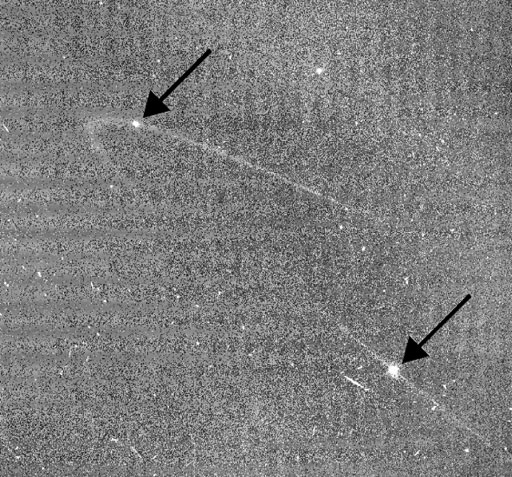 Arrows indicate the positions of Anthe, at top left, and Methone, at bottom right. Micrometeoroid impacts on the moons are the likely source of the arc material.

Cassini imaging scientists believe the process that maintains the Anthe and Methone arcs is similar to that which maintains the arc in the G ring (see PIA08327). The general brightness of the image (along with the faint horizontal banding pattern) results from the long exposure time of 15 seconds required to capture the extremely faint ring arc and the processing needed to enhance its visibility (which also enhances the digital background noise in the image). The image was digitally processed to remove most of the background noise. This view looks toward the un-illuminated side of the rings from about 2 degrees above the ringplane.