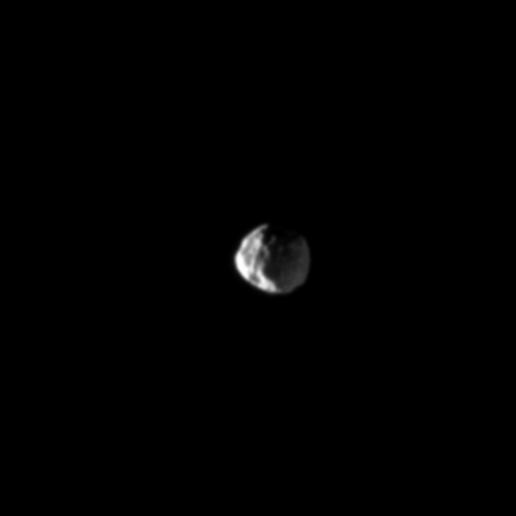 The brighter side of Janus is lit by the sun while light reflected off Saturn dimly illuminates the rest of the moon and reveals the non-spherical shape of this small satellite.

This image has been scaled to twice its original size. This view looks toward the leading hemisphere of the Janus (179 kilometers, or 111 miles across). North on Janus is up and rotated 22 degrees to the left.

The image was taken in visible light with the Cassini spacecraft narrow-angle camera on Feb. 12, 2009. The view was obtained at a distance of approximately 1 million kilometers (621,000 miles) from Janus and at a Sun-Janus-spacecraft, or phase, angle of 112 degrees. Image scale is 6 kilometers (4 miles) per pixel.