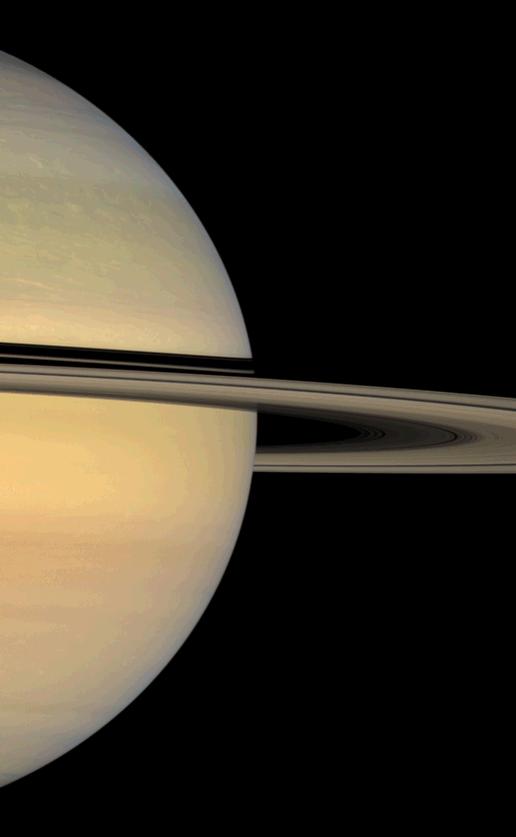 The Cassini spacecraft looks toward the sunlit face of Saturn's rings, whose shadows continue to slide southward on the planet toward their temporary disappearance during equinox in August 2009.

This view looks toward the sunlit side of the rings from about 3 degrees below the ringplane. Images taken using red, green and blue spectral filters were combined to create this natural color view. The images were acquired with the Cassini spacecraft wide-angle camera on Aug. 22, 2008 at a distance of approximately 1.2 million kilometers (728,000 miles) from Saturn. Image scale is 66 kilometers (41 miles) per pixel.