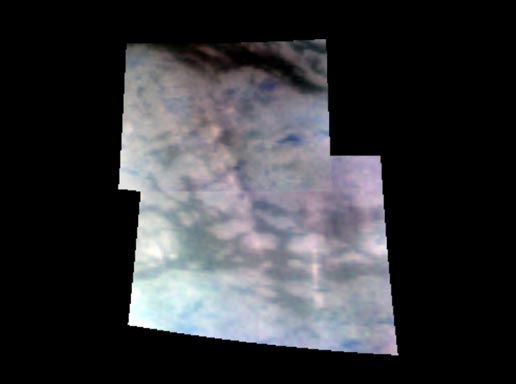 This composite image shows a massive mountain range running just south of Titan's equator. Near the center of the image, the mountain range runs from southeast to northwest. It is about 150 kilometers long (93 miles) and 30 kilometers (19 miles) wide and about 1.5 kilometers (nearly a mile) high. This range, and smaller ranges to the west and east of the main range, probably results from material welling up below as the crust of Titan is pulled apart by tectonic forces.