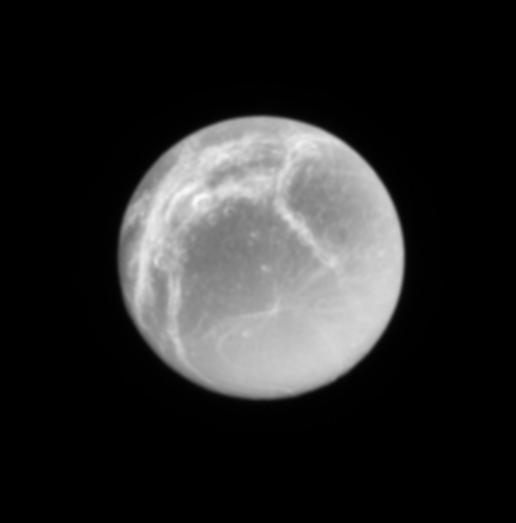 Lit terrain seen here is on the trailing hemisphere of Dione (1,126 kilometers, or 700 miles across). North is up.

The image was taken with the Cassini spacecraft narrow-angle camera using a spectral filter sensitive to wavelengths of infrared light centered at 930 nanometers. The image was taken on Feb. 3, 2007 at a distance of approximately 927,000 kilometers (576,000 miles) from Dione. Image scale is 6 kilometers (3 miles) per pixel.