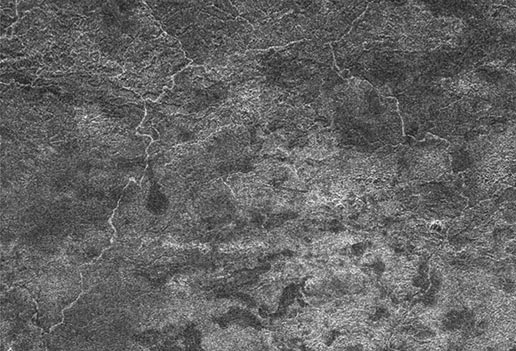 A network of river channels is located atop Xanadu, the continent-sized region on Saturn's moon Titan. This radar image was captured by the Cassini Radar Mapper on April 30, 2006.

These winding, meandering river channels start from the top of the image and run like a fork in the road, splitting to the right and left of the image. At Titan's chilly conditions, streams of methane and/or ethane might flow across parts of the region.