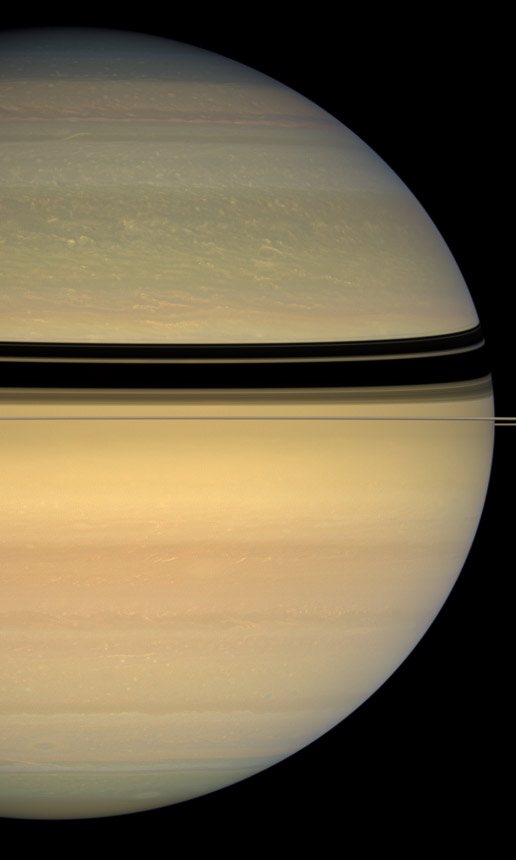 New hues are creeping into Saturn's northern cloud bands as winter gives way to spring there.

During its first four years of exploration, Cassini has made the Saturn system a familiar place to us Earthlings. The intrepid craft has returned more than 150,000 images since arriving in orbit in mid-2004. In this natural color image, the blues and grays of Saturn's northern hemisphere, so striking in early Cassini images, are diminishing in intensity with the slow change of seasons on Saturn, and are almost imperceptibly being replaced by pale shades of the colors commonly seen by Cassini in the planet's southern hemisphere.

This view looks toward the sunlit side of the rings from about less than a degree below the ring plane. Images taken using red, green and blue spectral filters were combined to create this natural color view. The images were acquired with the Cassini spacecraft wide-angle camera on April 23, 2008, at a distance of approximately 1.2 million kilometers (740,000 miles) from Saturn. Image scale is 68 kilometers (42 miles) per pixel.

For more information about the Cassini-Huygens mission visit http://saturn.jpl.nasa.gov/ . The Cassini imaging team homepage is at http://ciclops.org .