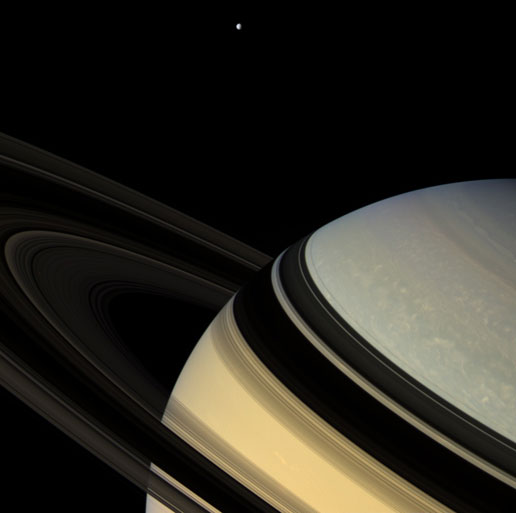 Magnificent blue and gold Saturn floats obliquely as one of its gravity-bound companions, Dione, hangs in the distance. The darkened rings seem to nearly touch their shadowy reverse images on the planet below.

This view looks toward the unlit side of the rings from about 9 degrees above the ring plane. The rings glow feebly in the scattered light that filters through them.

The image was taken in visible light with the Cassini spacecraft wide-angle camera on Feb. 4, 2007, at a distance of approximately 1.2 million kilometers (800,000 miles) from Saturn. Image scale is 75 kilometers (47 miles) per pixel.