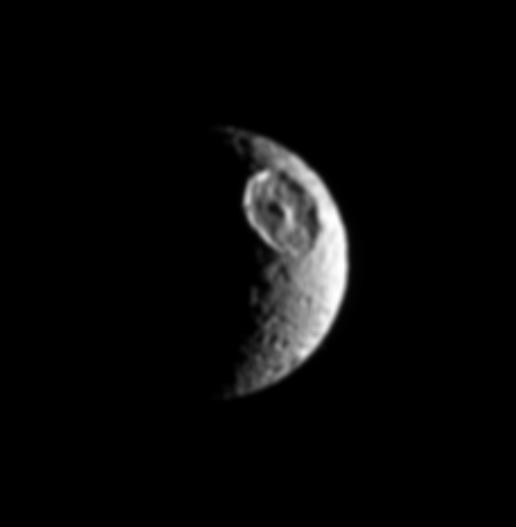 The great basin that interrupts the contours of this moon's crescent identifies the satellite unmistakably as Mimas. The giant crater Herschel (130 kilometers, or 80 miles wide) is this moon's most obvious feature.

The image was taken in visible light with the Cassini spacecraft narrow-angle camera on Sept. 8, 2006 at a distance of approximately 534,000 kilometers (331,000 miles) from Mimas and at a Sun-Mimas-spacecraft, or phase, angle of 115 degrees. Image scale is 3 kilometers (2 miles) per pixel.