Opposition Surge on the A Ring 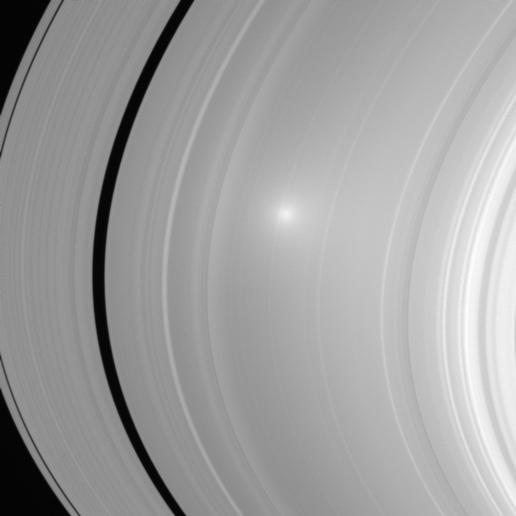 Two images of Saturn's A and B ring showcase the opposition effect, a brightness surge that is visible on Saturn's rings when the Sun is directly behind the spacecraft.

The images were taken in visible light with the Cassini spacecraft wide-angle camera on July 23, 2006 at a distance of approximately 262,000 kilometers (163,000 miles) from Saturn. Image scale in the radial, or outward from Saturn, direction is 13 kilometers (8 miles) per pixel.