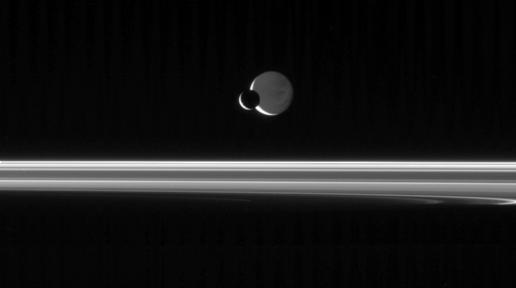 The Cassini spacecraft looks across the unlit ringplane as Mimas glides silently in front of Dione.

Dione's night side is dimly lit by reflected light from Saturn. Much of the planet's sunlit side would be visible from the dark terrain seen here on Dione.

Saturn's shadow stretches across the rings at the bottom of the image.