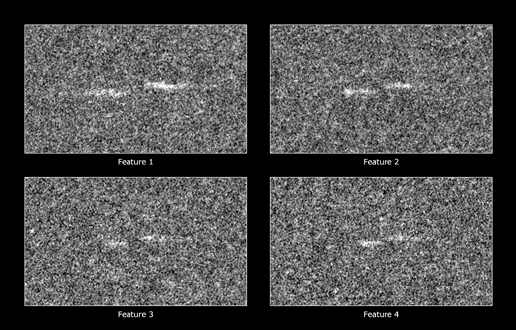 These figures show four propeller-shaped structures discovered by the Cassini spacecraft in close-up images of Saturn's A ring.

The propellers are about 5 kilometers (3 miles) long from tip to tip, and the radial offset (the "leading" dash is slightly closer to Saturn) is about 300 meters (1,000 feet). See pia07791 and pia07792 for additional images and information about these features.