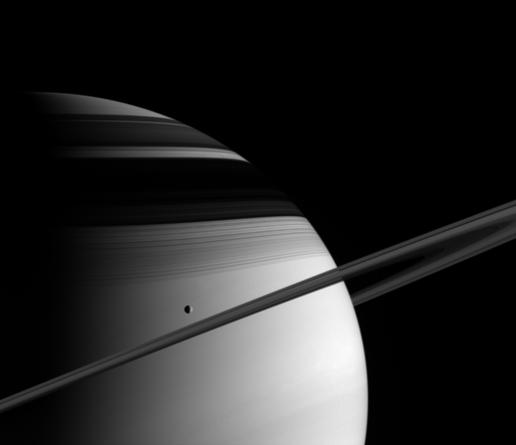 The majesty of Saturn overwhelms in this image from Cassini. Saturn's moon Tethys glides past in its orbit, and the icy rings mask the frigid northern latitudes with their shadows. Tethys is 1,071 kilometers (665 miles) across.

The image was taken in visible green light with the Cassini spacecraft wide-angle camera on June 10, 2005, at a distance of approximately 1.4 million kilometers (900,000 miles) from Saturn. The image scale is 80 kilometers (50 miles) per pixel.