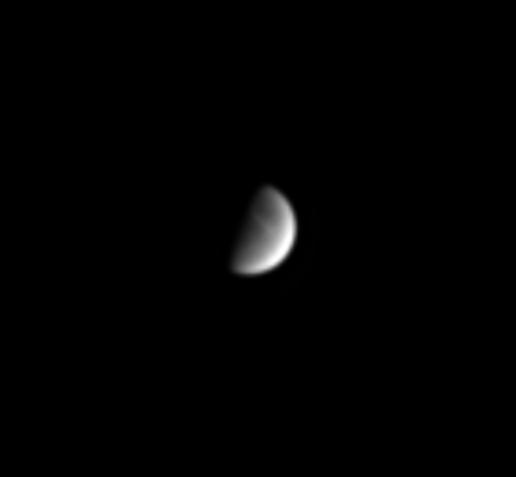 Dione shows Cassini some of the bright wispy streaks that cover much of the moon's trailing hemisphere. The streaks are thought to be deposits of icy material that has been extruded onto the moon's surface from the interior. Dione's diameter is 1,118 kilometers (695 miles) across.

The image was taken in visible light with the Cassini spacecraft narrow angle camera on Sept. 28, 2004, at a distance of 7.3 million kilometers (4.5 million miles) from Dione and at a Sun-Dione-spacecraft, or phase, angle of 79 degrees. The image scale is 44 kilometers (27 miles) per pixel. The image has been magnified by a factor of four to aid visibility.