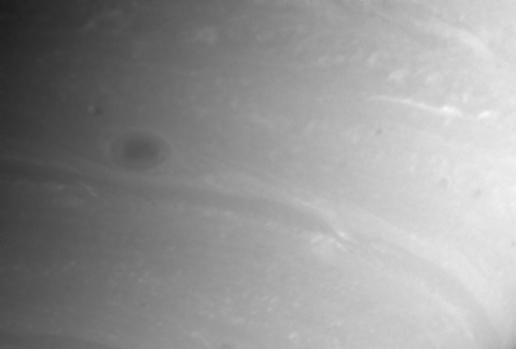 This close-up view shows lots of atmospheric detail, including a dark storm and wisps of clouds. The dark spot is noticeably lighter around its perimeter than in its interior.

The image was taken with the Cassini spacecraft narrow angle camera on Sept. 10, 2004, at a distance of 8.8 million kilometers (5.5 million miles) from Saturn, through a filter sensitive to wavelengths of infrared light centered at 750 nanometers. The image scale is 52 kilometers (32 miles) per pixel. The image has been contrast enhanced to improve visibility of features in the atmosphere.