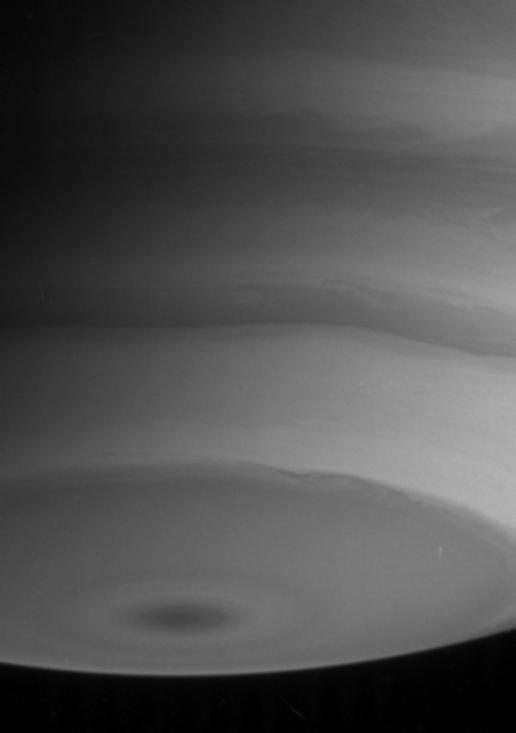 With alternating light and dark bands, Saturn's south pole looks something like an upside-down layer cake in this view, taken on Aug. 10, 2004. The disturbed boundaries between the bands demonstrate that winds move at different speeds at different latitudes on the gas giant.

The image was taken with the Cassini spacecraft narrow angle camera at a distance of 8.6 million kilometers (5.3 million miles) from Saturn through a filter sensitive to wavelengths of infrared light. The image scale is 51 kilometers (32 miles) per pixel.