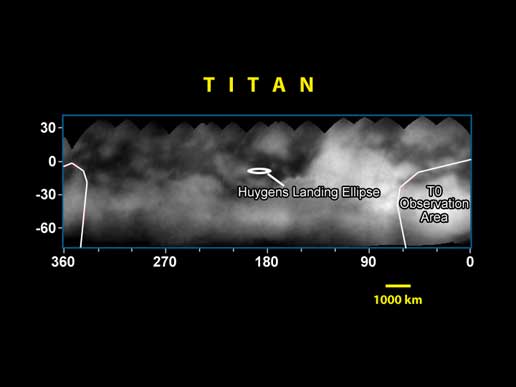 This mosaic of images taken by the Cassini spacecraft as it approached Saturn shows the surface features of Titan, from the dark "H" on the left to the bright observation area at the south pole on the right. Visible in the center is the location where the spacecraft’s Huygens probe will descend in January 2005.