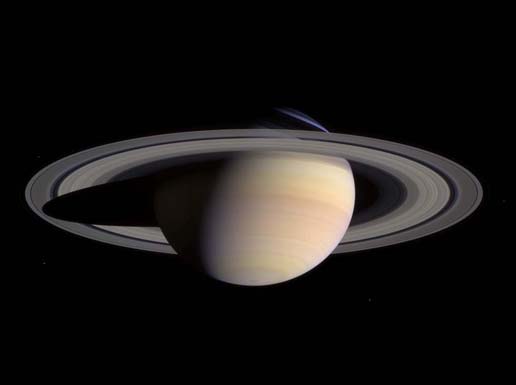 Saturn's peaceful beauty invites the Cassini spacecraft for a closer look in this natural color view, taken during the spacecraft's approach to the planet. By this point in the approach sequence, Saturn was large enough that two narrow angle camera images were required to capture an end-to-end view of the planet, its delicate rings and several of its icy moons. The composite is made entire from these two images.

The images were taken on May 7, 2004 from a distance of 28.2 million kilometers (17.6 million miles) from Saturn. The image scale is 169 kilometers (105 miles) per pixel. Moons in the image have been brightened for visibility.