Bands and Swirls in Infrared 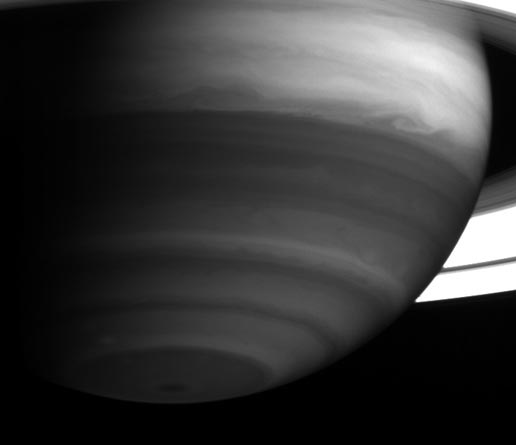 Saturn's bright equatorial band displays an exquisite swirl near the planet's eastern limb. This image was taken with the Cassini spacecraft's narrow angle camera on May 18, 2004, from a distance of 23.4 million kilometers (14.5 million miles) from Saturn. The camera used a filter sensitive to absorption and scattering of sunlight by methane gas in the infrared (centered at 889 nanometers). The image scale is 139 kilometers (86 miles) per pixel. No contrast enhancement has been performed on this image.