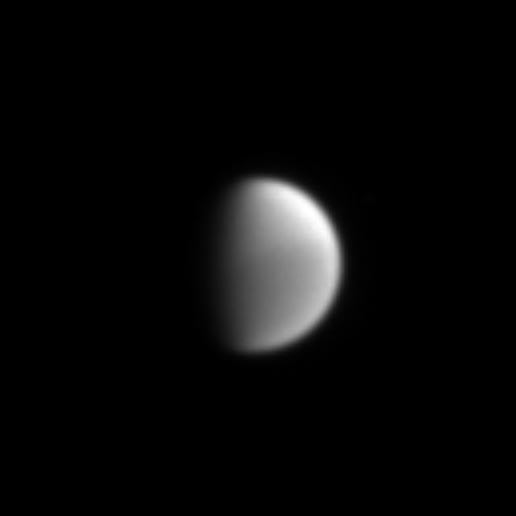 Cassini's finely-tuned vision reveals hazes high in the skies over Titan in this narrow angle camera image taken by the Cassini spacecraft on May 22, 2004. Here the northern hemisphere is notably brighter than the southern hemisphere. This trait was noticed in images returned by the Voyager spacecraft, but the effect is presently reversed, North to South, as Titan is currently experiencing opposite seasons from those during the Voyager epoch 23 years ago.

The image was taken from a distance of 21.7 million kilometers (13.5 million miles) from Saturn through a filter sensitive to strong absorption by methane gas (centered at 889 nanometers). The image scale is 129 kilometers (80 miles) per pixel.