Titan's Rain Drains to the Plains 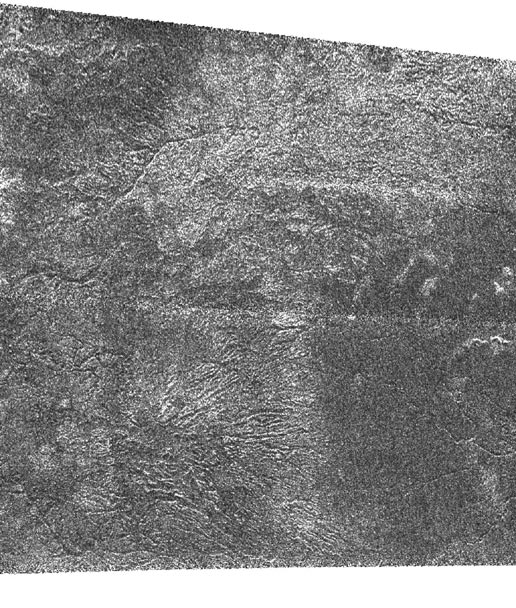 In contrast to (http://www.nasa.gov/mission_pages/cassini/multimedia/pia03564.html), this bright terrain is cut by channels that are variable in width; they form both radial and branching networks. Such patterns are reminiscent of networks formed by rainfall on Earth.

At the bottom of the frame, the channels radiate from a possible source into a dark, smooth region that seems flatter and more plains-like. One interpretation is that the higher, rougher terrain has been cleansed of organic debris and eroded by methane rainfall. The removed material has then been deposited into the lower plains.

This Cassini Synthetic Aperture Radar image of Titan was taken on Sept. 7, 2005, at a distance of 2,000 kilometers (1,250 miles) from Titan. It is located near 48 degrees south latitude, 14 degrees west longitude and extends about 240 kilometers (150 miles) right to left.