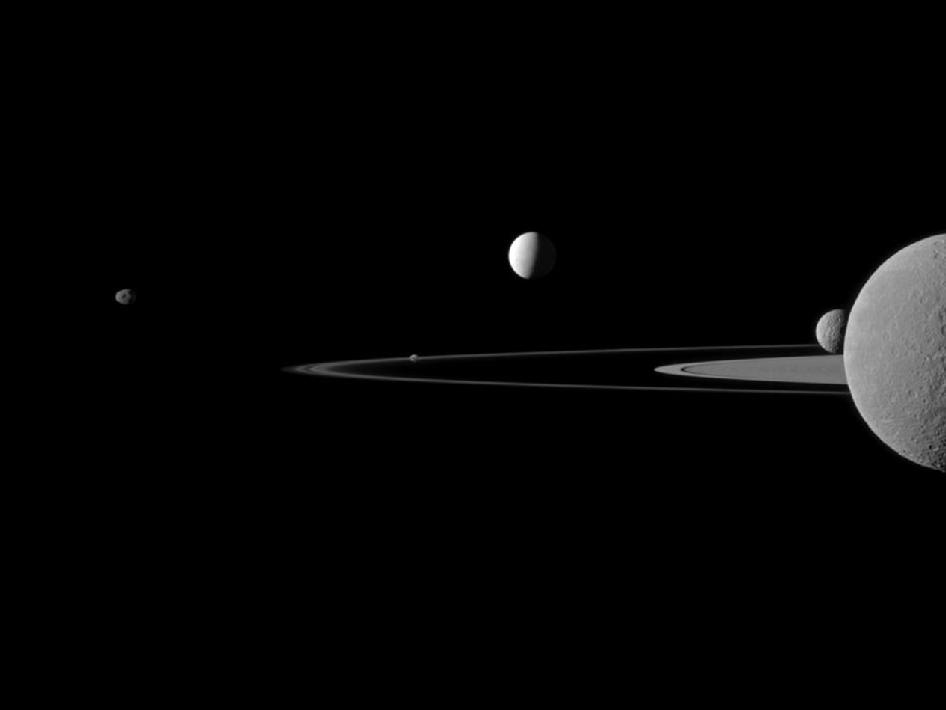 A quintet of Saturn's moons come together in the Cassini spacecraft's field of view for this portrait.

This view looks toward the northern, sunlit side of the rings from just above the ringplane. Rhea is closest to Cassini here. The rings are beyond Rhea and Mimas. Enceladus is beyond the rings.

For more information about the Cassini-Huygens mission visit http://saturn.jpl.nasa.gov. The Cassini imaging team homepage is at http://ciclops.org.