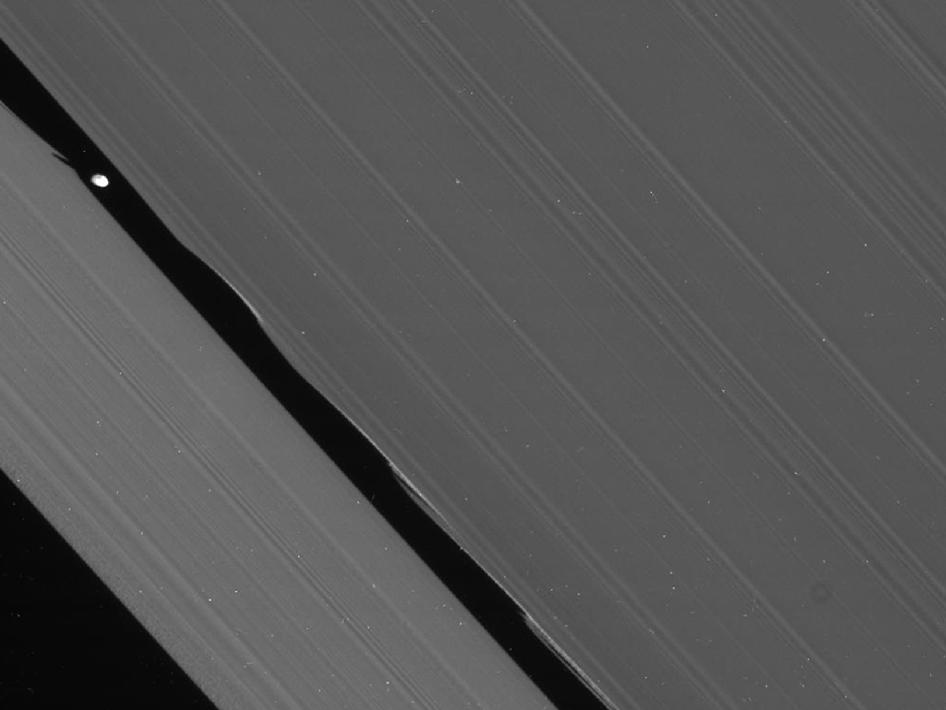 This raw, unprocessed image of Saturn's moon Daphnis orbiting in a rift in Saturn's rings was taken on July 5, 2010, by NASA's Cassini spacecraft. The camera was pointing toward DAPHNIS, and the image was taken using the CL1 and CL2 filters. This image has not been validated or calibrated. A validated/calibrated image will be archived with the NASA Planetary Data System in 2011. Image Credit: NASA/JPL/Space Science Institute