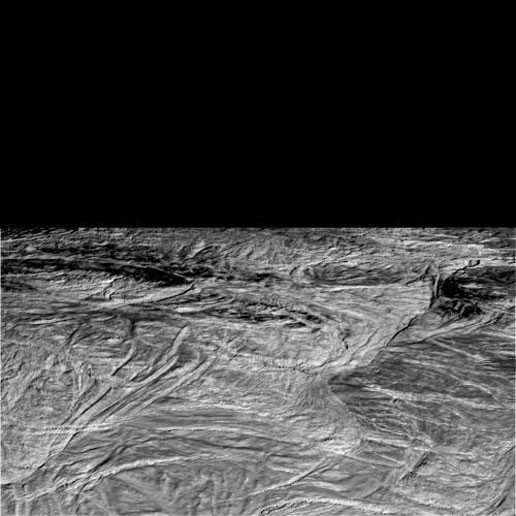 Cassini captured this raw image on its Nov. 02, 2009, flyby of Enceladus. The camera was pointing toward Enceladus from approximately 10,000 kilometers (6,000 miles) away.

This image has not been validated or calibrated. A validated/calibrated image will be archived with the NASA Planetary Data System in 2010.