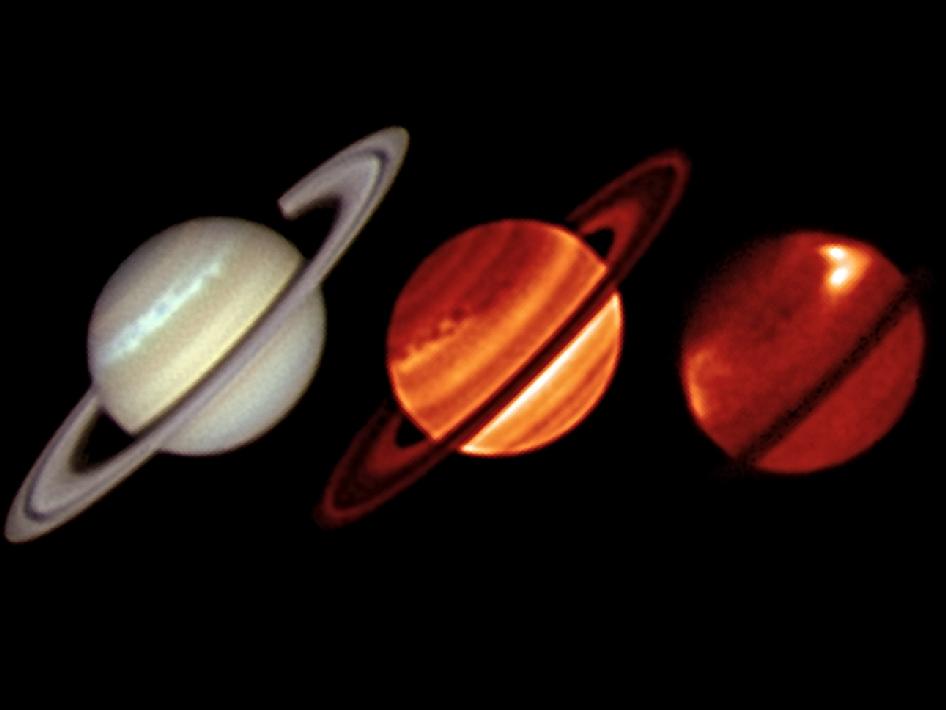 Thermal infrared images of Saturn from the Very Large Telescope Imager and Spectrometer for the mid-Infrared (VISIR) instrument on the European Southern Observatory's Very Large Telescope, on Cerro Paranal, Chile, appear at center and on the right. An amateur visible-light image from Trevor Barry, of Broken Hill, Australia, appears on the left. The images were obtained on Jan. 19, 2011, during the mature phase of the northern storm. The second image is taken at a wavelength that reveals the structures in Saturn's lower atmosphere, showing the churning storm clouds and the central cooler vortex. The third image is sensitive to much higher altitudes in Saturn's normally peaceful stratosphere, where we see the unexpected beacons of infrared emission flanking the central cool region over the storm.