WASHINGTON -- NASA will hold a media briefing at 11 a.m. EDT on Thursday, July 16, at the Newseum in Washington to release greatly improved video imagery from the July 1969 live broadcast of the Apollo 11 moonwalk.

The release will feature 15 key moments from Neil Armstrong's and Buzz Aldrin's historic moonwalk using what is believed to be the best available broadcast-format copies of the lunar excursion, some of which had been locked away for nearly 40 years. The initial video released Thursday is part of a comprehensive Apollo 11 moonwalk restoration project expected to be completed by the fall.

The Newseum is located at 555 Pennsylvania Ave. N.W. The news conference will be broadcast live on NASA Television and streamed on the agency's Internet homepage.

For the related press release and images, visit:
http://www.nasa.gov/mission_pages/apollo/40th/apollo11_tapes.html. 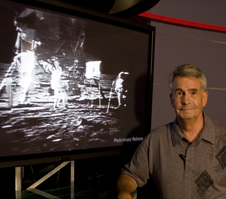 Biography: Richard Nafzger has supported NASA's human spaceflight communications for over forty years. Starting at NASA's Goddard Space Flight Center in Greenbelt, Md., he coordinated mission television operations for NASA tracking stations during Apollo 7 through 17. While footage of Neil Armstrong and Buzz Aldrin's first steps on the moon streamed to Earth, Nafzger converted the slow-scan footage into U.S. Standard broadcast footage, a format suitable for televisions. His work enabled worldwide participation in the triumphant moment of one of mankind's greatest achievements.

Since supporting Apollo 11, Nafzger has overseen communications processes for NASA's subsequent manned spaceflight programs, including the later Apollo missions, Skylab, and the Space Shuttle. Nafzger has played a key role in internal and external television and voice communications.

Now a senior engineer at Goddard, Nafzger continues to work on projects such as monitoring the television that views debris issues on the bottom surface of the Space Shuttle during launch. 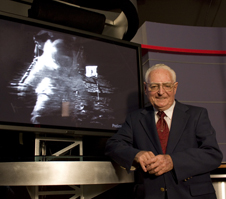 Biography: Stan Lebar attended the University of Missouri, where he received a BS in electrical engineering in 1950. He joined Westinghouse Electric Corporation in 1953, and worked in the Aerospace Division until his retirement in 1986. He served as Program Manager of the Apollo TV Lunar Camera, which recorded Neil Armstrong's first steps on the lunar surface on July 20, 1969. In addition, Lebar was tasked to coordinate the worldwide television transmission of the Apollo 11 moon walk. 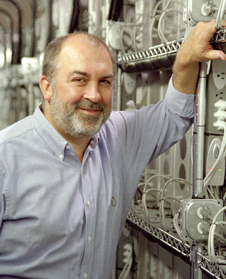 Biography: Michael Inchalik joined Kodak after earning a degree in chemical engineering from Bucknell University to help design new photographic films. While at Kodak, he saw the potential of digital imaging and went back to school, receiving his master’s degree in electrical engineering at the University of Rochester.

Inchalik was part of the team of engineers that designed and built the first Kodak digital film. He was a key member in the development of the Cineon digital film system. The initial application of which was the restoration of the classic Walt Disney animated film, Snow White and the Seven Dwarfs, in 1993.

Inchalik held a number of key management positions in the field of hybrid imaging at Kodak prior to joining Lowry Digital Images as its president in 2003. While he has continued to be involved in the underlying technology of the Lowry Process™–which underpins the company’s image processing services–he now focuses his efforts on leading the company’s strategic planning, marketing, and selling activities.

Live television was transmitted from the moon to 3 grounds stations, two in Australia and one in California. The signal was converted to a standard broadcast signal and then sent to Houston, via, satellite, landline or microwave antenna. These graphics show the path of the television feed. 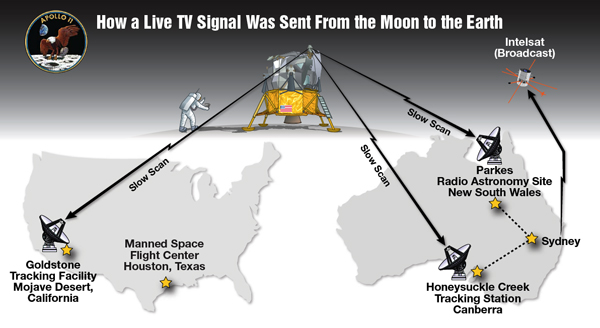