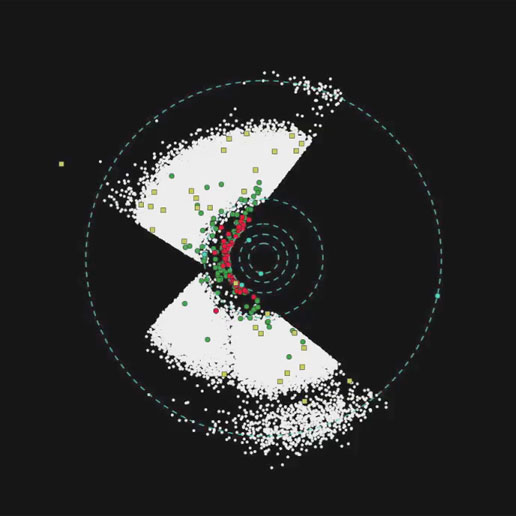 This movie shows asteroids observed so far by NASA's Wide-field Infrared Survey Explorer, or WISE. As WISE scans the sky from its polar orbit, more and more asteroids and comets are caught in its infrared vision. The mission has surveyed about three-fourths of the sky; however, data for only about 50 percent of the sky has been processed for asteroids and comets at this time.

The white dots show asteroids observed by WISE - most of these are in the Main Belt between Mars and Jupiter, and some, the Trojans, orbit in front of, or behind, Jupiter. The red dots represent newfound near-Earth objects, which are asteroids and comets with orbits that come relatively close to Earth's path around the sun. The green dots are previously known near-Earth objects observed by WISE. The yellow squares show all comets seen by WISE so far.