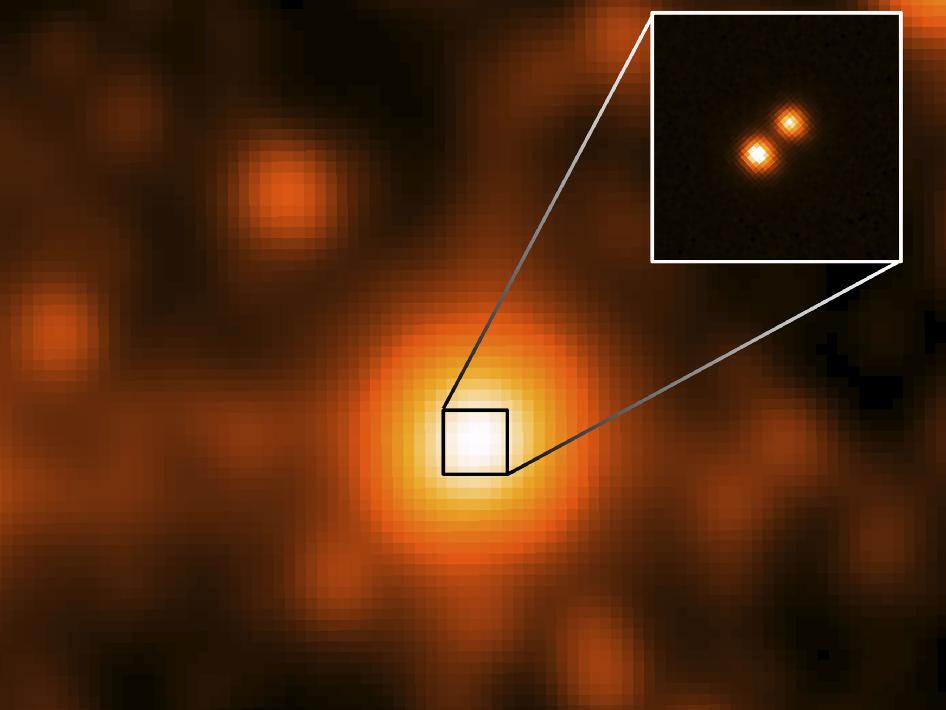 Two Brown Dwarfs in Our Backyard

WISE J104915.57-531906 is at the center of the larger image, which was taken by the NASA's Wide-field Infrared Survey Explorer (WISE). This is the closest star system discovered since 1916, and the third closest to our sun. It is 6.5 light-years away.

At first, the light appeared to be from a single object, but a sharper image from Gemini Observatory in Chile revealed that it was from a pair of cool star-like bodies called brown dwarfs.