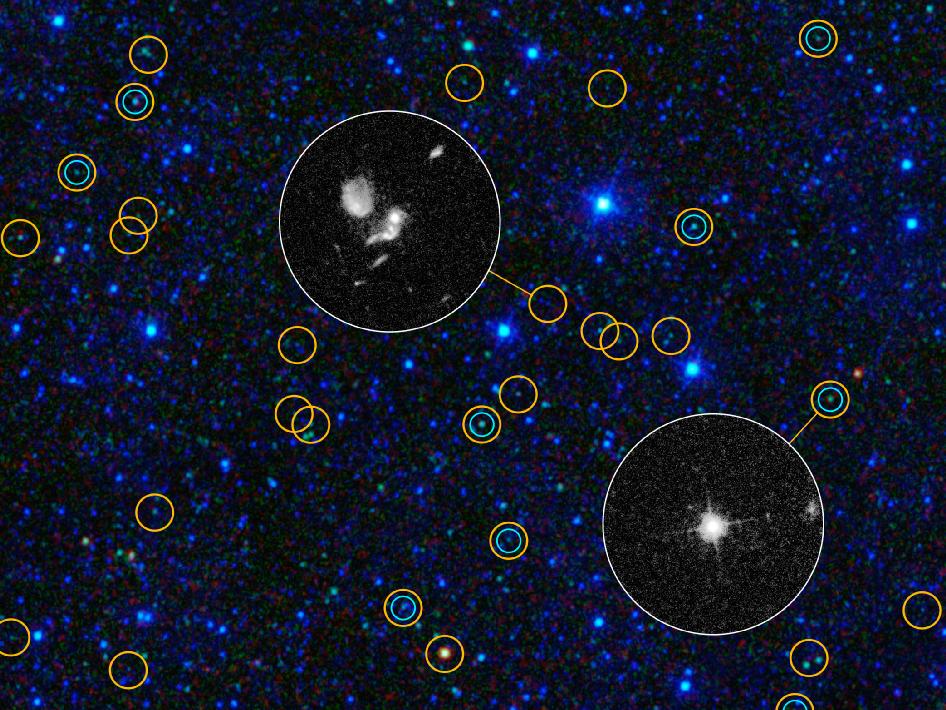 The circular inset images, obtained with NASA's Hubble Space Telescope, show how the new WISE quasars differ from the quasars identified in visible light. Quasars selected in visible light look like stars, as shown in the lower right inset; the cross is a diffraction pattern caused by the bright point source of light. Quasars found by WISE often have more complex appearances, as seen in the Hubble inset near the center. This is because the quasars found by WISE are often obscured or hidden by dust, which blocks their visible light and allows the fainter host galaxy surrounding the black hole to be seen.