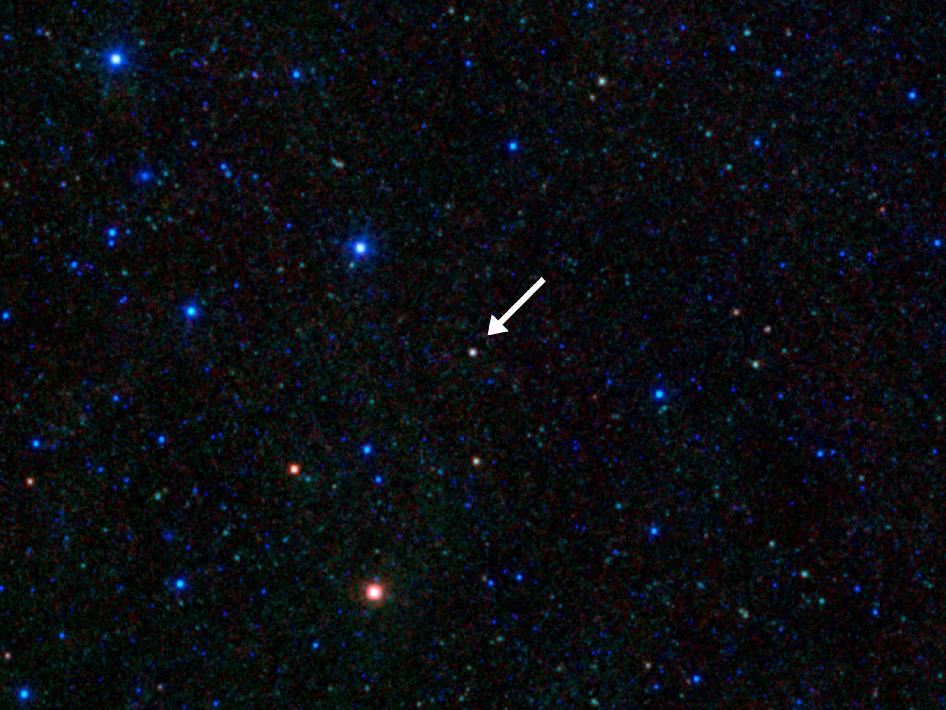 This image taken by NASA's Wide-field Infrared Survey Explorer (WISE) shows a blazar -- a voracious supermassive black hole inside a galaxy with a jet that happens to be pointed right toward Earth. These objects are rare and hard to find, but astronomers have discovered that they can use the WISE all-sky infrared images to uncover new ones. So far, researchers have found more than 200 new blazars, and they say WISE has the potential to find many more.

Infrared light with shorter wavelengths is colored blue; and longer wavelengths are red. The blazar appears white compared to the other galaxies because it's giving off infrared light at all four of the infrared bands used to make this image. Some of the infrared radiation coming from the bazar is extremely peculiar. Galaxies often shine in infrared light due mainly to their cold dust; in this case, most of the observed radiation -- called synchrotron -- arises not from the host galaxy but from particles in the blazar's jets accelerating to nearly the speed of light.