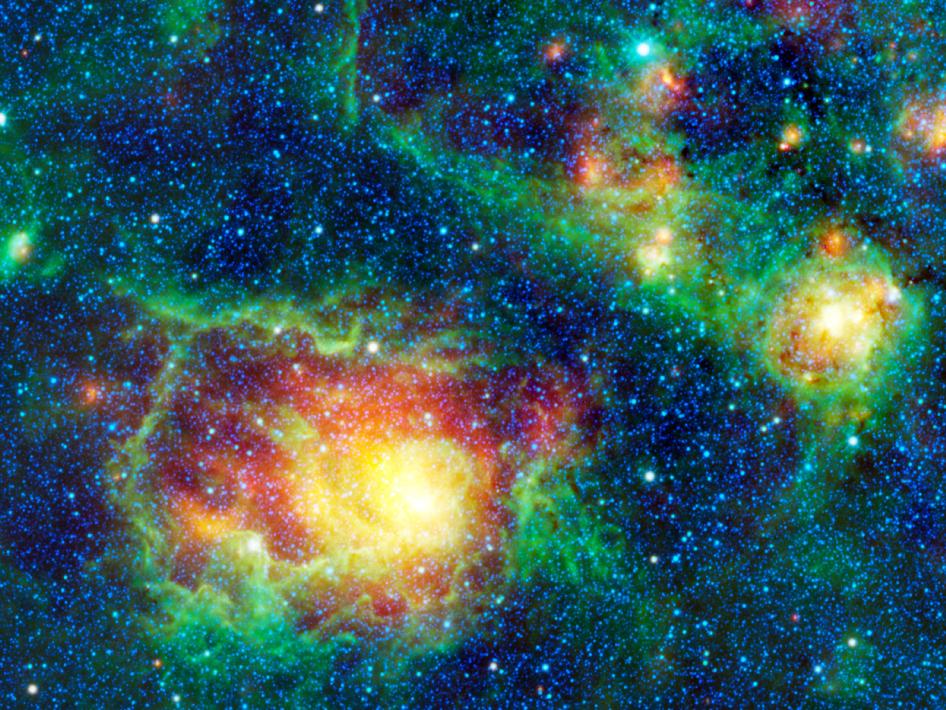 WISE Catches the Lagoon Nebula in Center of Action

This colorful picture is a mosaic of the Lagoon nebula taken by NASA's Wide-field Infrared Survey Explorer, or WISE. Normally, you would expect a lagoon to be filled with water, but this nebula is composed of clouds of gas and dust in which new stars are forming. Also known as Messier 8, or simply M8, the Lagoon nebula is seen here as a large circular cloud in the center of the image, surrounded by innumerable stars.

Astronomers have identified several different parts of the Lagoon nebula, including M8E, a young stellar object, and the star clusters NGC 6523 and NGC 6530 (sometimes the designation of NGC 6523 is used interchangeably with M8). At the center of the Lagoon nebula is the star Herschel 36. Distance measurements to this nebula vary widely, from 4,000 to 6,500 light-years away from Earth. Also included in this image but not classified as part of M8, is another cloud of warm dust and gas, located up and to the right of M8. This cloud is emitting infrared radiation.