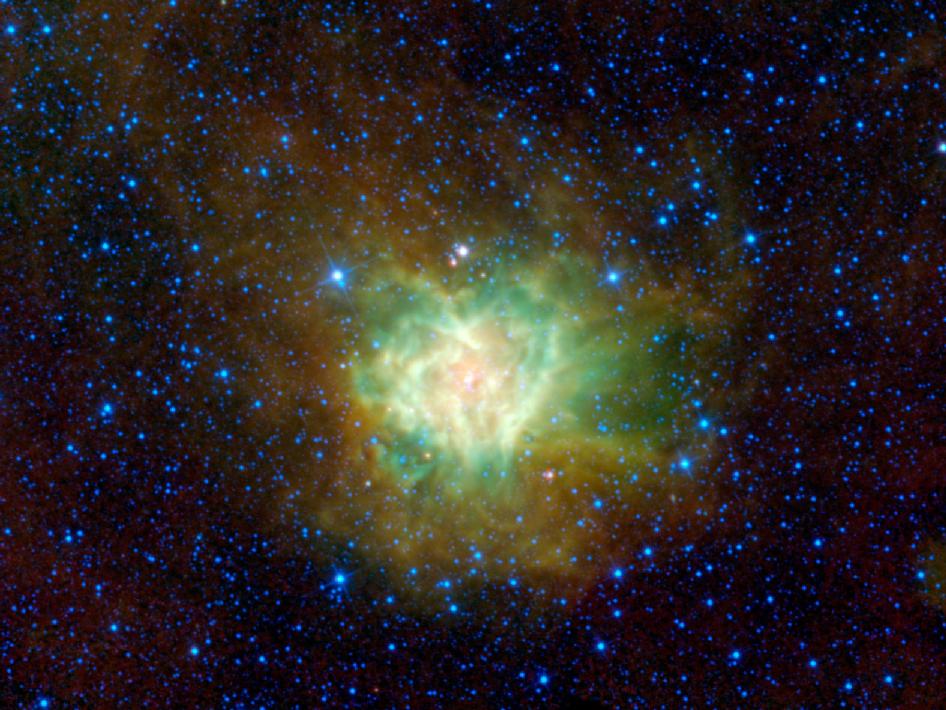 The aptly named Cocoon nebula is featured in this image from NASA's Wide-field Infrared Survey Explorer, or WISE. This cloud of dust and gas, cataloged as IC 5416 and located in the constellation Cygnus, is wrapped in a dark cloud of dust called Barnard 168. Within this cocoon of dust and gas, new stars are forming and beginning to emerge into the wild.

In the heart of the nebula, which looks surprisingly like a Valentine's heart in WISE's view, massive new stars are emerging. The intense radiation from these stars heats up the cloud. The highest-energy light from the stars rips electrons from hydrogen atoms, which then recombine with the atoms and emit visible light.

Pictures of the Cocoon nebula taken with visible light see only the inner most part of this cloud glowing red and surrounded by an eerie darkness. That darkness appears as an absence of stars, but it is actually a dense cloud of dust obscuring stars behind it. This dense cloud is being heated by the young stars within. The dust absorbs the high-energy radiation from the newborn stars and then glows in infrared light, captured by WISE in this view. The dusty cocoon extends over 45 light-years across, which is more than three times larger than the inner, glowing portion of the nebula.