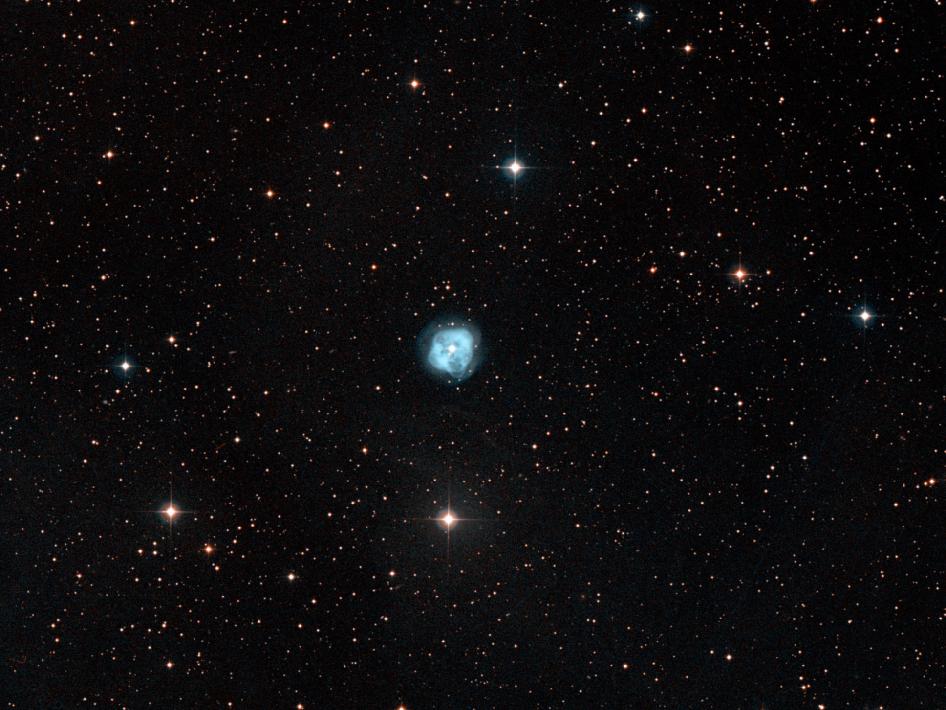 This image shows a puffy, dying star, or planetary nebula, known as NGC 1514. The object is actually a pair of stars, seen as a single dot at the center of the blue orb. One star is a dying giant somewhat heavier and hotter than our sun, and the other was an even larger star that has now contracted into a dense body called a white dwarf. As the giant star ages, it sheds some its outer layers of material. An inner shell of ejected material is seen in bright, light blues. An outer shell can also be seen in more translucent shades of blue.

NGC 1514 is located 800 light-years away, in the constellation Taurus.

This image is from the Digitized Sky Survey, based at the Space Telescope Science Institute in Baltimore, Md.