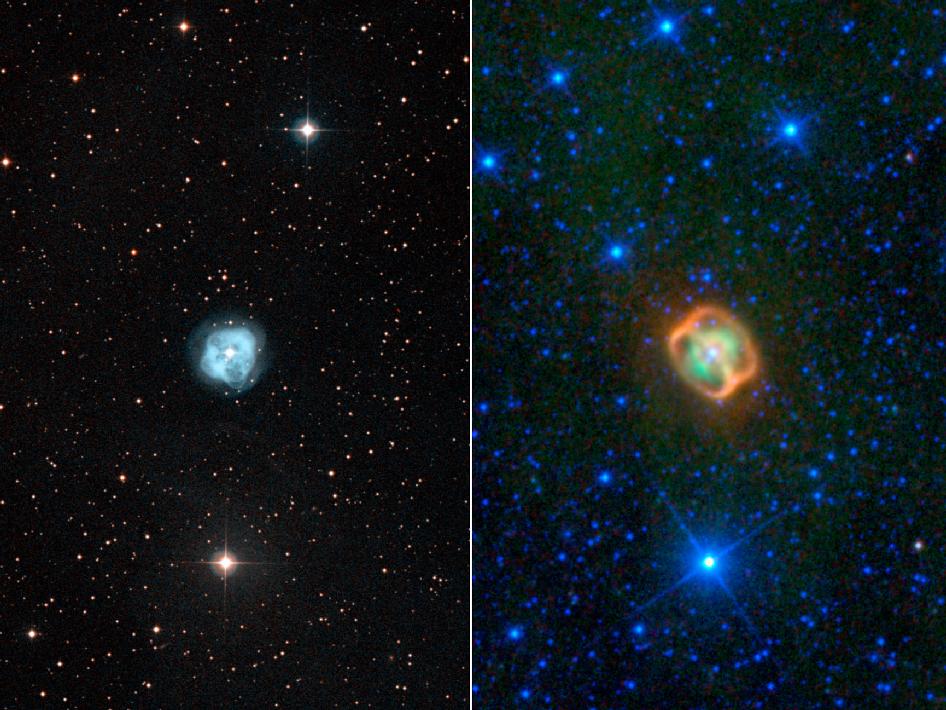 A Dying Star in a Different Light

This image composite shows two views of a puffy, dying star, or planetary nebula, known as NGC 1514. The view on the left is from a ground-based, visible-light telescope; the view on the right shows the object in infrared light, as seen by NASA's Wide-field Infrared Survey Explorer, or WISE.

The object is actually a pair of stars -- one star is a dying giant somewhat heavier and hotter than our sun, and the other was an even larger star that has now contracted into a dense body called a white dwarf. As the giant star ages, it sheds some its outer layers of material to form a large bubble around the two stars. Jets of material from the white dwarf are thought to have smashed into this bubble wall. The areas where the jets hit the cavity walls appear as orange rings in the WISE image. This is because dust in the rings is being heated and glows with infrared light that WISE detects.

NGC 1514 is located 800 light-years away, in the constellation Taurus.

The visible-light image is from the Digitized Sky Survey, based at the Space Telescope Science Institute in Baltimore, Md.