Grow Text SizeShrink Text Size
NASA-led Study Solves Case of Earth's 'Missing Energy'
Two years ago, scientists at the National Center for Atmospheric Research in Boulder, Colo., released a study claiming that inconsistencies between satellite observations of Earth's heat and measurements of ocean heating were evidence there is "missing energy" in the planet's system. 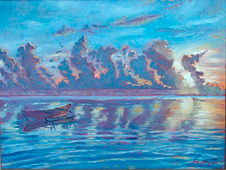 Where was it going? Or, they wondered, was something wrong with the way researchers tracked energy as it was absorbed from the sun and emitted back into space?

An international team of atmospheric scientists and oceanographers, led by Norman Loeb of NASA's Langley Research Center in Hampton, Va., and including Graeme Stephens of NASA's Jet Propulsion Laboratory in Pasadena, Calif., set out to investigate the mystery.

They used 10 years of data -- 2001 to 2010 -- from NASA Langley's orbiting Clouds and the Earth's Radiant Energy System Experiment (CERES) instruments to measure changes in the net radiation balance at the top of Earth's atmosphere. The CERES data were then combined with estimates of the heat content of Earth's ocean from three independent ocean-sensor sources.

Their analysis, summarized in a NASA-led study published Jan. 22 in the journal Nature Geosciences, found that the satellite and ocean measurements are, in fact, in broad agreement once observational uncertainties are factored in.

"One of the things we wanted to do was a more rigorous analysis of the uncertainties," Loeb said. "When we did that, we found the conclusion of missing energy in the system isn't really supported by the data."


"Missing energy" is in the oceans 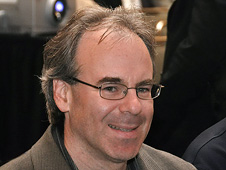 "Our data show that Earth has been accumulating heat in the ocean at a rate of half a watt per square meter (10.8 square feet), with no sign of a decline. This extra energy will eventually find its way back into the atmosphere and increase temperatures on Earth," Loeb said.

Scientists generally agree that 90 percent of the excess heat associated with increases in greenhouse gas concentrations gets stored in Earth's ocean. If released back into the atmosphere, a half-watt per square meter accumulation of heat could increase global temperatures by 0.3 or more degrees centigrade (0.54 degree Fahrenheit).

Loeb said the findings demonstrate the importance of using multiple measuring systems over time, and illustrate the need for continuous improvement in the way Earth's energy flows are measured.

The science team at the National Center for Atmospheric Research measured inconsistencies from 2004 and 2009 between satellite observations of Earth's heat balance and measurements of the rate of upper ocean heating from temperatures in the upper 700 meters of the ocean. They said the inconsistencies were evidence of "missing energy."